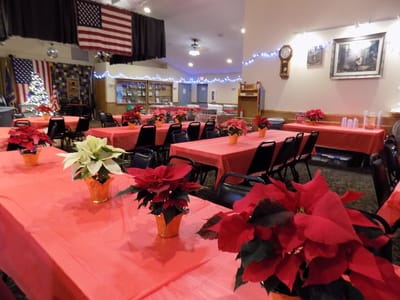 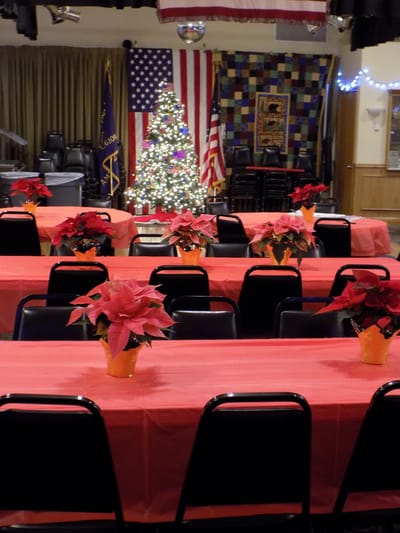 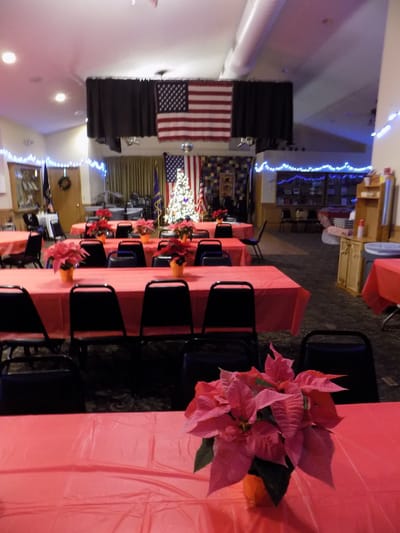 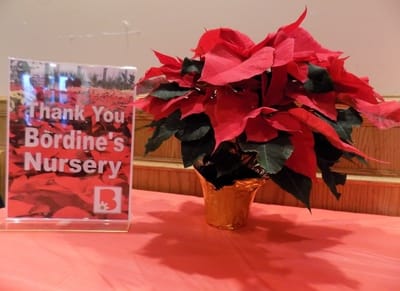 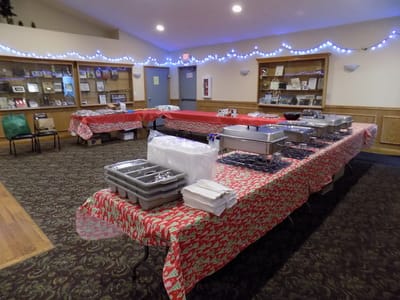 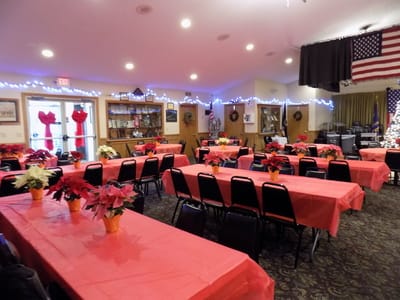 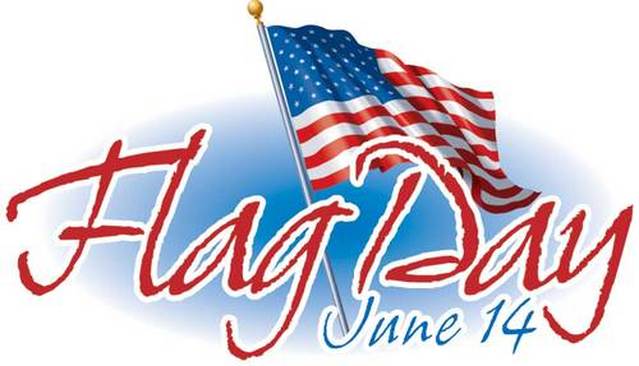 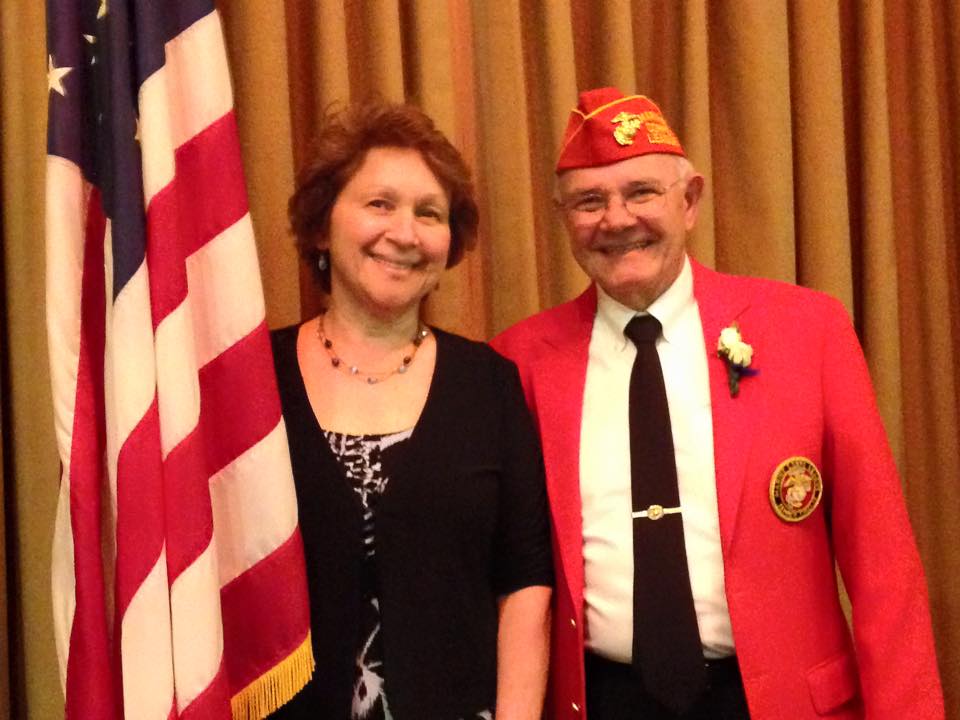 
Past recipients and honored guests  attended a celebration dinner on April 25, 2015  held in their honor at the American Legion Devereaux Post 141.

2014 Livingston County Veteran and Auxiliary Member of the Year named 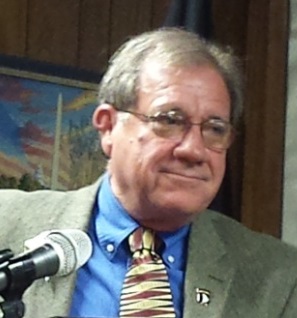 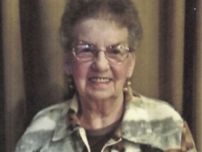 In an interview with Livingston Daily, Colone talked about being shot five times in Vietnam and getting placed in a body bag because his fellow soldiers thought he was dead. After his body bag fell off the pile of bodies for the second time, one of soldiers opened the bag and called over a doctor, who was skeptical that the toe-tagged soldier had come back to life. The doctor did a simple test, holding his glasses to Colone's nose. If he were alive, the doctor noted, moisture would appear on the lenses. Sure enough, there was moisture. Colone spent two years in the hospital recovering.

After Vietnam, Colone lived in northern Michigan and Colorado before returning to Pinckney. He owned the Chrysler dealership and later opened Screams Ice Cream and Diner in Hell, Screams Souvenir Store and a wedding chapel in Hell.

Colone has been a member of the post for 10 years, and has served on the executive committee and donated generously to the post in support of its fundraisers.

He is also a member of VFW Post 1224 since 1988 and has done fundraising for the101st Airborne Association.

In 1999, Colone founded the Currahee Flower Fund for the Task Force 3D Battalion 506th Airborne Infantry Association. Currahee is a Cherokee word meaning "stand alone." Each Memorial Day, flowers are placed on the graves of those in the 3-506 who were killed in the Vietnam War between 1967-1971. Along with the flowers is a card with a name and phone number in the hope that a family member of a killed-in-action soldier will make contact with someone from the association. The goal of the project is to have every Vietnam War solider killed in action have flowers at their grave on Memorial Day.

Colone is a sponsor of Gold Star Families and has been an important part of fundraising efforts with Military Families United of Michigan. He is also on theCommittee for the National Monument for Military Families to help locate and purchase property and oversee the development of this site. Colone has also served as a committee member, representing the Vietnam War era for the Livingston County Veterans Affairs office in Howell since 2002.

Colone worked with documentary filmmaker Keith Famie to bring the movie "Our Vietnam Generation" to theaters in 2011. Colone's story had a prominent role in the film.

Danforth has been an active charter member of the Post 4357 auxiliary since 1972, during which time she has held many offices.

Danforth served as president for three years and secretary for six years. She is currently serving as auxiliary chaplain, an office she has held for more than 10 years. At the district level, she held the offices of color bearer for two years, conductress for two years and guard for one year.

Danforth has held program chairwomanships in her auxiliary for more than 40 years. As auxiliary hospital chairwoman, she has volunteered at the Ann Arbor VA Medical Center for more than 25 years, where she has hosted bingo parties and tree-trimming events and boosted patient morale. As the buddy-poppy chairwoman for 39 years, it has been her responsibility to educate the public on what the poppy stands for, organize poppy-distribution events, and create buddy-poppy displays for district and state competitions.

Danforth's eligibility for the auxiliary was through her husband, a World War II Army veteran. They have eight children, 17 grandchildren and three great-grandchildren. Their oldest son is an Army veteran. Two of her brothers and a nephew have also served in the military.

Other accomplishments include being a Rosie the Riveter to build Howitzers and working as an Avon sales representative for 50 years.
﻿

He’s fairly new, while she regularly decorates the grave sites of deceased  vets, most of whom she knew.
Despite the differing lengths of their involvement in veteran-related programs in the community, Philip Sedlock and Melissa Beck, were named 2013 Livingston County Veteran of the Year and Auxiliary Member of the Year, respectively. The two were honored at a recent dinner at American Legion Post 419 in Hamburg Township.

“They’ve done a tremendous amount of work for the veterans through community service,” said Carol Johnson, finance officer for the Livingston County Veterans Council. “They’re both shy about claiming what they do.”

2013 Livingston County Veteran of the Year  Philip  Sedlock
From storekeeper to program launcher Sedlock, a Navy veteran, served for four years in  Vietnam, working as a storekeeper aboard the USS Mars, was a part of naval support activity at the Da Nang port and worked on the “load-off” crew of the USS Everglades, which was being decommissioned. While aboard the USS Mars, he
suffered a permanent back injury and now has steel rods extending through much of his spine.

Sedlock, who suffers from heart disease as a result of a pesticide used in Vietnam, joined the Disabled American Veterans Chapter 125 three years ago. He previously had been a member of the American Legion post in Milford, closest to his Highland Township home, but wasn’t happy with it.

Sedlock then joined a DAV unit in the Plymouth area, but he wasn’t active due to its distance from his home.
Since joining the Howell unit, he’s become the post’s  acting adjutant, taking minutes for each meeting. In addition, he has started its Vet Chat program, which connects volunteers with veterans in various assisted-living facilities. “We just want to give them an out and something to look forward to,” he said. 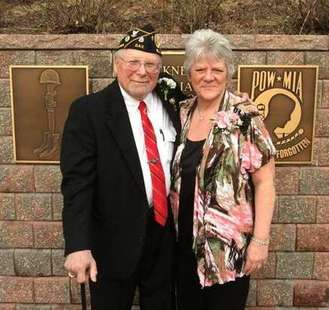 2013  Livingston County Auxiliary Member of
the Year - Melissa Beck
Bookkeeper, officer manager  recognized
Beck, 63, has worked at American Legion
Devereaux Post 141 in Howell Township for 36 years. She began as a waitress  and bartender, serving at regular fish-fry events, working her way up to  club manager. Beck now
works part time as the club’s bookkeeper and office  manager. “I don’t like this patting-on-the-back type of thing,  but I deal  with it,” she said.

Though she’s volunteered to help  with the post’s  Christmas dinners for nearly 20 years, it wasn’t until December that she was  tasked with organizing it herself, with a little
help from Joyce Fisher and  husband Robert Beck.  “We must have gone  through 400 dinners between deliveries and feeding people inside,” she  said.

The final Monday of May each year, the Becks cleanup and decorate the gravesites of more than 200 veterans in the Howell area. “I probably know pretty much all of them,” she said.  “I say ‘Hello.’  ”

Beck has helped to organize a number of fundraisers  over the years, from selling poppies to adopting families for the  Christmas  season. “It’s what I love to do,” she said. “It just makes you feel good that you did something good. “I do believe what you put out there
eventually comes  back to you. That’s my opinion –– the way I kind of look at life.”
Written by Amanda  Whitesell Daily Press & Argus